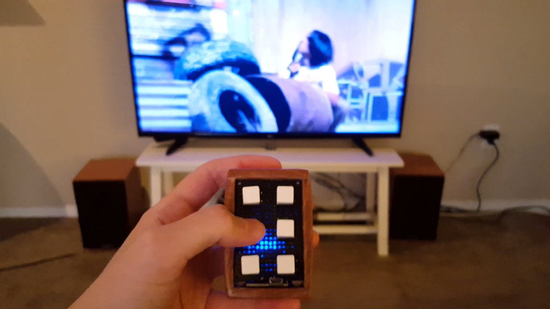 serverframework built a WiFi “MQTT remote” with an ESP8266. Pressing a button triggers a function to send a MQTT message to a Home Assistant listener. - serverframework blog 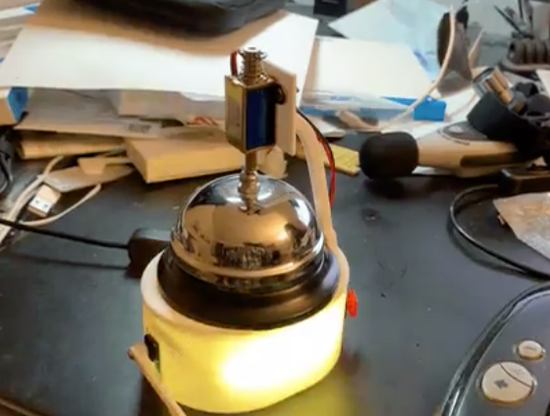 Something happened? Ring a bell, wave a flag, light some lights! A physical notification platform for IoT events. - hackster.io 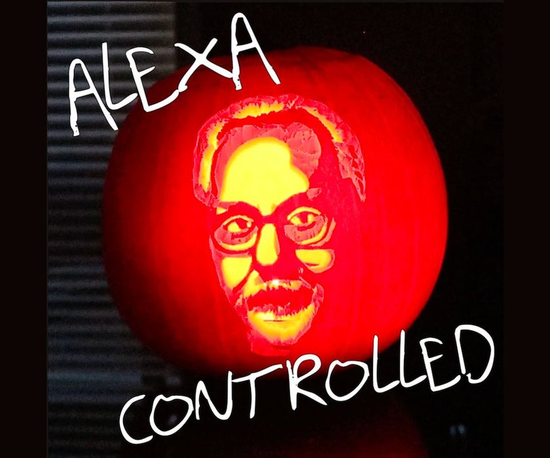 minihannah built an Alexa-controlled pumpkin which uses a combination of Adafruit IO and IFTTT to trigger lights connected to an Adafruit Feather M0 WiFi. - adafruit blog 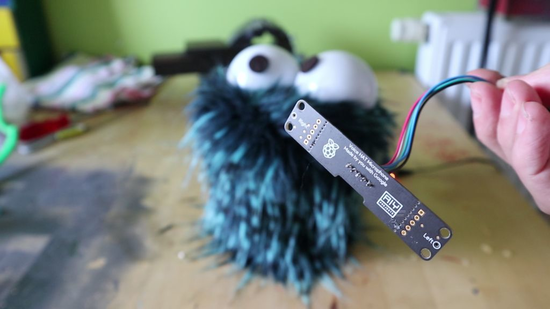 A cute monster that repeats what the internet says. What could possibly go wrong! - instructables 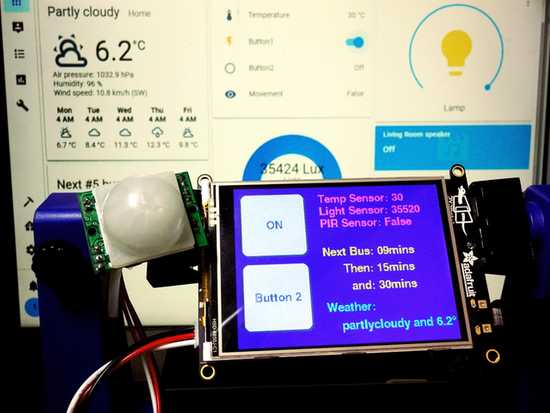 Richard Albritton wrote a guide about how to take IoT to the next level with this MQTT powered Super Sensor with an Adafruit PyPortal. - Adafruit Learning System

@makerschmitz is building a physical controller with a web interface. You can watch it in-action on Twitter.

Particle has announced today that they are discontinuing development of Particle Mesh, their OpenThread-based mesh networking solution, and will no longer be manufacturing their associated Xenon development board.

Particle states they ran into two barriers which kept them from delivering on the promise with Particle Mesh:

See Particle’s full announcement and learn How to use Xenon with CircuitPython. 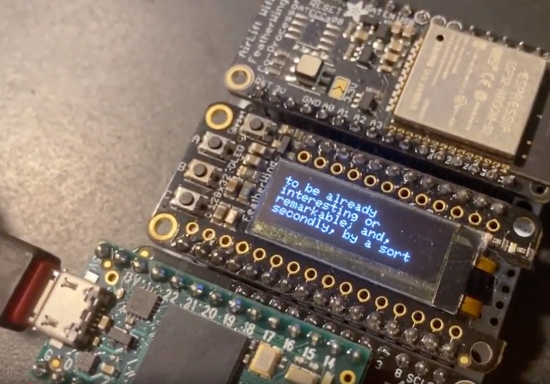 CircuitPython has landed on the NXP iMX RT1062. We threw together a quick IoT project which uses the AirLift FeatherWing to fetch inspirational quotes from Adafruit’s quote service and displays them on an OLED FeatherWing. - Adafruit Blog

STMicroelectronics announced the launch of the STM32L, the world’s first integrated LoRa System-on-a-Chip (SoC). This is the first silicon which integrates a microcontroller and a sub-GHz radio, previously two separate modules. - CNX Software 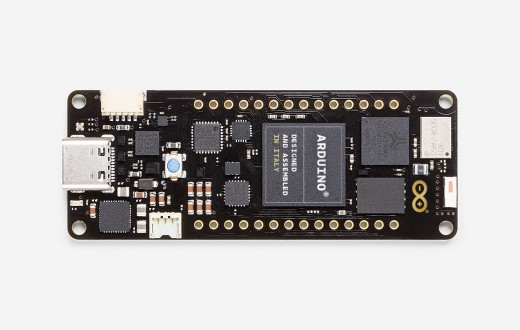 Use-cases for this $99 board include “high-end industrial machinery, labratory equipement, computer vision”, and machine learning. - Arduino.cc 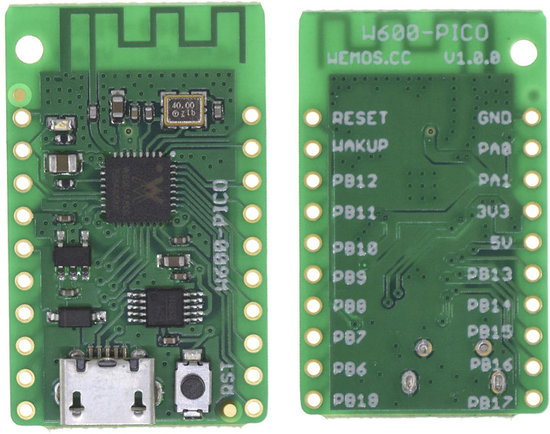 WeMos released a new board for $2.10 USD plus shipping. The CPU is a Winner Micro W600 ARM Cortex-M3 WiSoC and the board is pre-loaded with MicroPython. - CNX Software

Mohammad Afaneh on NovelBits posts about updating the internal firmware on internet of things (IoT) devices via Bluetooth. - novelbits 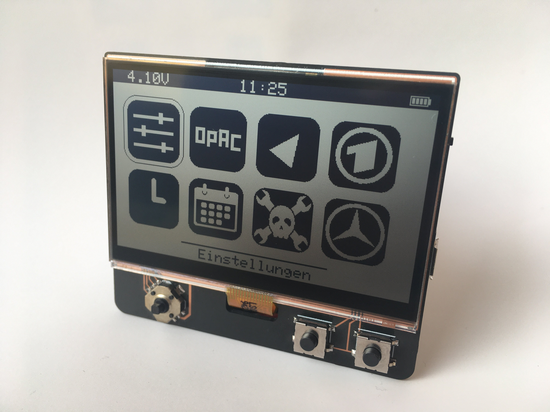 A pocket-sized ESP32 with a 300uW SHARP Memory LCD. - Hackaday.io 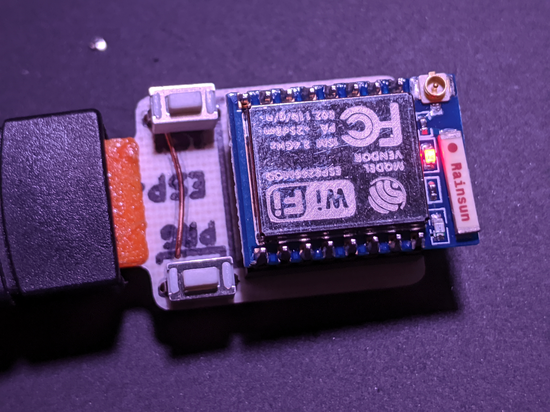 A minimalist ESP temperature sensor which you can plug into your USB port. Designed with KiCAD, the board files are open source and available on GitHub

All the Internet of Things Episode 6: Digi-Key IoT Studio 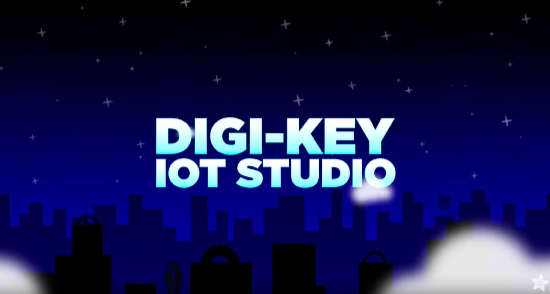 We are very excited to release the final episode, which incorporates all the different subjects discussed in previous episodes, and shows off this incredible resource: Digi-Key IoT Studio.

Unlike most other IoT platforms, Digi-Key IoT Studio is code-less — all sensor interaction and storage is done automatically by the drag-and-drop IDE. You don’t need to install toolchains, code editors or compile any code on your computer! Digi-Key Studio runs in your web browser, handles all aspects of developing an internet of things project, and even compiles your code remotely.

Watch the full video or check out this guide to get started now. 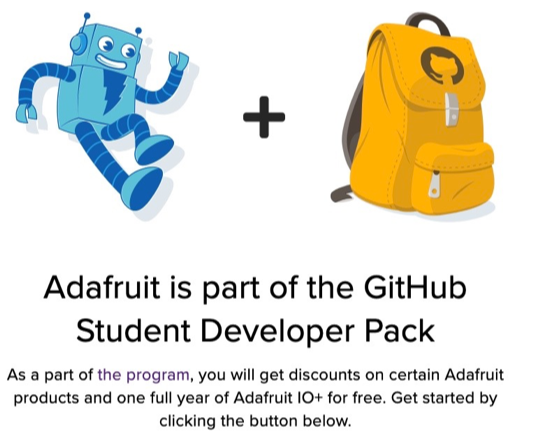 Great news for students! Adafruit is part of the GitHub Student Developer Pack!

If you are a student and have joined (details here), all you need to do is log in to your adafruit.com account, click Services, then GitHub, and click connect! The discounts and free adafruit.io plus are waiting for you, it’s that simple!

What is Adafruit IO?

Adafruit.io has over 16,000+ active users in the last 30 days and 930+ Adafruit IO Plus subscribers. Sign up for Adafruit IO (for free!) by clicking this link. Ready to upgrade? Click here to read more about Adafruit IO+, our subscription-based service. We don’t have investors and we’re not going to sell your data. When you sign up for Adafruit IO+, you’re supporting the same Adafruit Industries whose hardware and software you already know and love! You help make sure we’re not going anywhere by letting us know we’re on the right track.